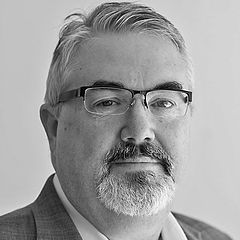 September 2019 – Present
Intercontinental VC, Byron Bay, Australia and Shanghai, China
Director
Intercontinental VC is an investment company compromised of multiple focused funds with a collective goal of facilitating Australian business in China. It is focused on the education and agricultural sectors.

April 2001 to December 2014
Gramercy Group (GPE Holdings, Inc.) San Francisco, USA, New York, USA, London, United Kingdom, Dubai, U.A.E & Melbourne, Australia
CEO
Michael Gale was the Chief Executive Officer of the Gramercy Group, an investment company active in the venture sector. It focused on the arbitrage of innovation driven high growth companies in the US and Europe with the high growth markets of Asia and the emerging technology markets of Africa coupled with capital from the Middle East, China and India.
The Company invested shareholders’ funds from its balance sheet and did not manage third party funds.
As CEO Michael was responsible for the overall strategy and development of the firm and was responsible for building it and its brand from inception to a well-established specialty player. He built an outstanding team encompassing significant skills and experience.

April 1996 to March 2001
Double Impact, Inc. (formerly Double Impact Multimedia) San Francisco, CA, USA
CEO
Michael founded Double Impact in San Francisco and served as its CEO until 2001 when it was sold to a Geneva based investment firm and then subsequently disbanded in the technology market turmoil of that time. Double Impact was a leading venture catalyst and was a highly visible advisor and builder of fast-growing technology companies. Michael built the company from startup to a firm of 35 professionals in San Francisco, New York and London, that created US$35m of equities for an investment of circa $4m in a three-year period. Notable startup portfolio companies and clients included Global Brian (acquired by NBCi), Haht Software, F5, Lightware, Visto, PayPal and Coinstar.
The company launched Mitsubishi’s’ Silicon Valley presence and advised Sun Microsystems on the establishment of an inhouse venture fund and accelerator and established the Silicon Valley presence of Eutron, then one of Europe’s only chip fab companies.
Double Impact operated a small partner’s fund of which Michael was a General Partner. He also acted as an advisor to Akers Capital, a Californian venture capital fund and served on its Investment Review Committee. He also served on a number of technology company Boards such as togglethis, Chat the Planet and University Ventures.
During this time, Double Impact pioneered the Off Balance Sheet Sales Entity (OBSE) as a reaction to Silicon Valley technology companies desire to enter the Asian market with minimal capital outlay and Asian partners wanting to invest not only in the Asian subsidiary but in the parent company thereby allowing them participation in the ultimate exit of the parent.  Double Impact executed several OBSEs during this period including HAHT Software Asia.
Previously, Double Impact was known as Double Impact Multimedia and was the publisher of The Apple CD-ROM Collection for Apple Computer and Asia republisher for major CD-ROM studios such as Sanctuary Woods.

October 1993 to March 1996
Double Impact Capital Byron Bay, Australia and San Francisco, CA
Investment Manager
During this period Michael was a Director and Investment Manager for Double Impact Capital, an Australian early stage capital fund. Michael was based in San Francisco from 1995 and focused on acting as an interim CEO for portfolio companies relocating to the US.

April 1991 to October 1993
Macromedia Pacific Sydney, Australia
Managing Director
During this time Michael presided over a major change and growth in Macromedia’s Asian business. At the end of his tenure the company was active in 17 markets throughout Asia Pacific, with many language-localized products. It had well developed channels of distribution via some 20 third party distributors and an excellent profile. Macromedia was listed on the NASDAQ in 1993 and subsequently acquired by Adobe.

July 1990 to March 1991
Learnware South Sydney, Australia
Managing Director
Learnware South was an Australian territory-based distributor for Authorware formed as a start up by Michael. It was then acquired by Learnware (the Australian master distributor of Authorware) at the same time Learnware was acquired by Authorware and then became Macromedia Pacific when Authorware, Macromind and Paracomp merged. Michael then became Managing Director of the new company, Macromedia Pacific.

December 1989 to July 1990
Avanté Systems  Melbourne, Australia
Director of Business Development
Avanté Systems was Australia’s second largest Apple reseller chain. It came into existence via a management buyout by Michael and two other principals of Computer Power’s CP Businessland operation. Michael was responsible for sales and major alliances. His interest was sold to the other partners in early 1990 and he then formed Learnware South. Avanté was later acquired by Fujitsu.

March 1986 to December 1989
Computer Power Melbourne, Australia
General Manager, PC Division
Computer Power was a public company, substantially owned by News Corporation, providing computer services in the US, Asia and Australia through a team of 4000 professionals. The company was a major Systems Integrator and a significant practitioner in the implementation of major banking systems.  Michael was responsible for a large number of business development projects, establishment of strategic relationships and acquisitions within the PC Division. He was also responsible for the operation of the CP Businessland division established nationally by the company.

1983 to December 1986
The Harbor Book Shop  Victor Harbor, South Australia
Managing Director
Michael purchased a small bookshop in rural Australia and developed it into a chain of country booksellers and a major school supply division. He launched Australia’s first mail order book business linked to an 800-telephone service and developed a syndicated radio program to promote it. In this period the business was the fastest growing bookseller in Australia.

Prior to March 1983
Various Retail Adelaide, South Australia
Michael originally trained as a Store Manager with Hungry Jacks (Burger King franchisee) and went on to own and operate his own retail food business.

September 2017-November 2018
Tech Project  Brisbane, Australia
Chairman
Tech Project is a provider of cloud telephony and VOIP services on an OEM basis to distributors in Australia and SE Asia. It was the global launch partner with Alcatel Lucent for Terminal as a Service through a relationship developed and managed by Michael.

May 2018 – August 2018
Debt Cutter Brisbane, Australia
Chairman
Debt Cutter arranges Debt Agreements for individuals who are no longer able to pay their debts. Having invested in software design and automation, the business rapidly grew in the Australian market to become a top five Debt Agreement provider with 8% market share.

March 2007 – May 2011
Chat Ventures  New York, NY, USA
Chairman
Chat the Planet is a global dialogue company.  We connect young people from around the world to talk about everything from politics, prejudices and war to sex, music and life in general.  Founded by celebrated media executives Laurie Meadoff and Kate Hillis in 2001, Chat the Planet has produced award-winning video, internet, and radio programming that continues to reach millions of people around the world. Its “Hometown Baghdad” series was the first webisodic series to cross from the Internet to television become a National Geographic production and also Sundance Television.

October 1998 – Present (Inactive)
VoteGlobal.com San Francisco, CA, USA
VoteGlobal began with the idea that together we can share and benefit in a not-for-profit polling resource for global and local issues that affect us all.   Through its independence from sponsorship or corporate affiliations, VoteGlobal strived to help create universal human consensus and suffrage with an aim to create a virtual online democratic government that represents the world.